A 3D medical virtualisation technology company in the United States has announced the launch of the Anatomage Dog, the most detailed dog cadaver in the world. Included as part of the new virtual dissection table, the Anatomage Table Vet, the Anatomage Dog is the first highly-detailed dog anatomy atlas to comprehensively feature internal organs, including vascular systems and muscular-skeletal structures. Tailored for veterinary programs, zoology and relevant health and medicine studies to learn more about canine anatomy, the Anatomage Dog promotes an interactive learning approach for learners by allowing them to peel off volumetric 3D and individual structures layer-by-layer to reveal inner details.

“We are excited to release a veterinary version of the Anatomage Table along with the world’s most comprehensive 3D dog anatomy atlas. The Anatomage Dog took years of development, and now there are almost 1,000 anatomical structures segmented from a real dog scan, and the vascular structures are traced in fine detail,” said Anatomage Chief Executive Officer Jack Choi. Full story: dvm360 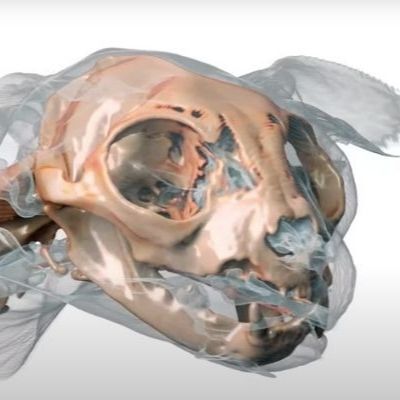