Victoria’s population of Eastern Barred Bandicoots has rebounded from being on the verge of extinction thanks to Zoos Victoria’s captive-breeding and reintroduction program. The success of the program has resulted in the conservation status of the species being downgraded to endangered. According to a report in The Sydney Morning Herald, where previously there were a few dozen individuals, there are now around 1500 bandicoots in the wild.

“So many organisations and people have been involved in bandicoot recovery over 30 years – it’s amazing to be able to celebrate this win,” said Dr Amy Coetsee, a threatened species biologist at Zoos Victoria. The bandicoots face threats from feral predators, and a trial is also underway using trained Maremma dogs to guard Eastern Barred Bandicoots at Skipton and Dunkeld, where 20 bandicoots are watched over by two or three dogs at each site. Read more 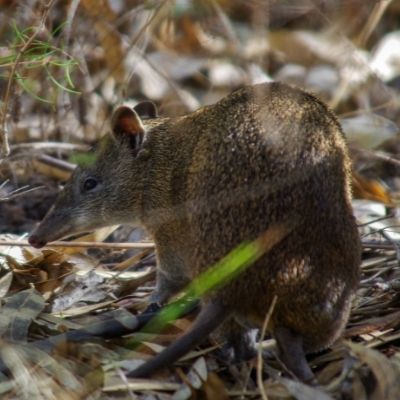