Beloved actress and comedian Betty White passed away at the age of 99 in late December. As fans around the world celebrate her trailblazing career in television, it is important to not forget White’s other legacy as a passionate animal welfare advocate.

Throughout her 83-year career, White personally supported numerous animal-related causes through donations and volunteering to fundraising and recording public service announcements. She served on the board of trustees for the non-profit Greater Los Angeles Zoo Association for 48 years up until her death, and was a regular volunteer at the Los Angeles Zoo & Botanical Gardens since its opening in 1966. In 2013, named an honorary zookeeper by the American Association of Zoo Keepers.

Over 50 years, White served as a Trustee, Trustee Emeritus and President Emeritus for the Morris Animal Foundation (MAF), a nonprofit organisation that seeks to advance animal health through the funding of veterinary research. Since its founding in 1948, MAF has invested more than $142 million toward 2,850+ studies that have led to significant breakthroughs in diagnosis, prevention, treatment and even a few cures for certain animal diseases. White also personally sponsored more than 30 health studies during her lifetime, contributing to the improved health of dogs, cats, horses and wildlife worldwide.

In 2017, White was awarded the James Smithson Bicentennial Medal for her work with zoos and animal rescue organisations. “What a privilege to be honoured simply for my passion — for what I love most in the world —animals,” White said upon receiving the honour. Full story: TODAY 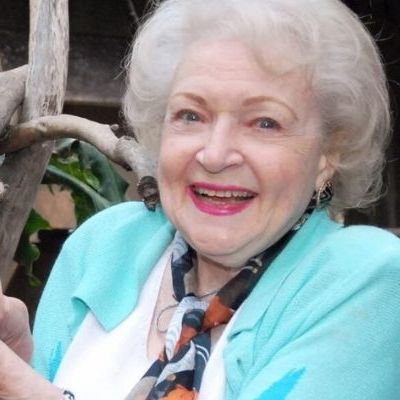