Every year almost 60,000 people die from dog-mediated rabies – and tragically, children are greatly over-represented in this statistic, comprising 40% of fatalities in Asia and Africa. COVID-19 has inadvertently created a unique opportunity to raise awareness of dog-mediated rabies as the origins of viral diseases and animal-to-human transmission have become hot button issues.

Next Tuesday, September 28 is World Rabies Day, and Australian-based international animal charity Vets Beyond Borders are presenting an online event to raise awareness about the danger of rabies and the importance of vaccinating animals to reduce the incidence of this deadly viral disease.

The event will include a range of international experts in animal welfare and public health discussing the strategy to prevent humans deaths caused by canine rabies, and the challenges they face following the advent of COVID-19.

“Rabies can infect any mammalian species and is almost invariably lethal once symptoms develop, but thankfully it’s 100% preventable in humans and animals through vaccination,” said Dr Ian Douglas, Director and Chair of Vets Beyond Borders.

“Australia is very fortunate that the rabies virus is not yet present in its animal populations. However, it’s important to bring this deadly disease to public attention, as Australians are the world’s second most frequent travellers and many have little understanding of the disease.”

Although rabies is a 100% preventable disease, it continues to kill tens of thousands of humans and animals in the Asia Pacific Region. The Global Alliance for Rabies Control (GARC) estimates that more than 5.5 billion people live at daily risk of rabies infection.

World Rabies Day is dedicated to bringing the focus back to rabies as a neglected zoonotic disease and in committing collective actions to its prevention. Read more 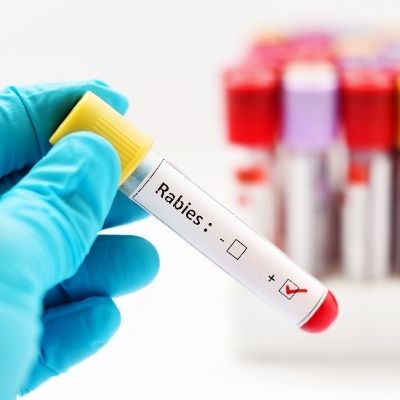