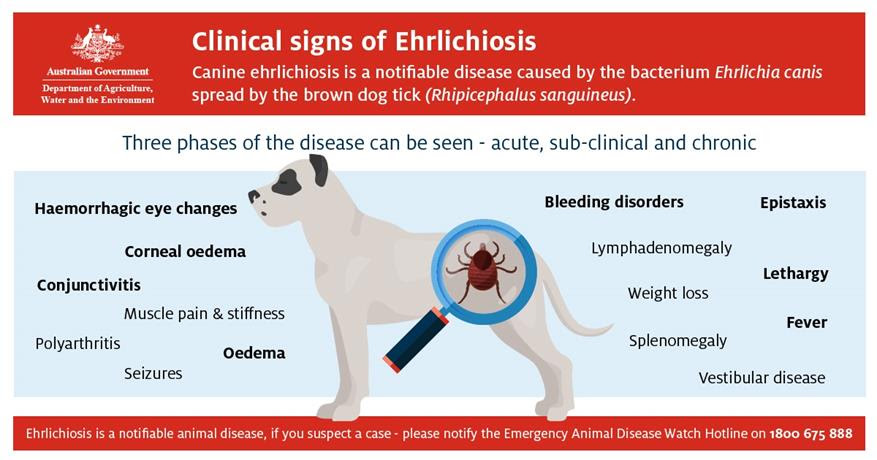 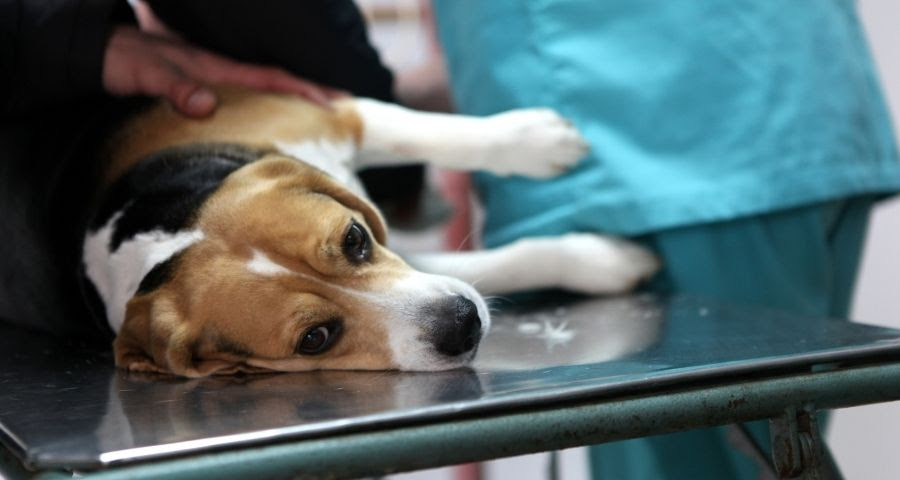 Veterinarians are reminded to be alert for dogs that may present with clinical signs of Canine Ehrlichiosis, a notifiable disease caused by the bacterium Ehrlichia canis, spread by the brown dog tick. This is particularly important for dogs which may have recently travelled from the Northern Territory, northern Western Australia, or northern South Australia – including dog-owning holiday-makers returning home. Ehrlichiosis should be a differential in sick dogs that present with a history of tick exposure, especially in the absence of effective tick prevention.